Shame in Context: Considering Culture in the Approach to Shame 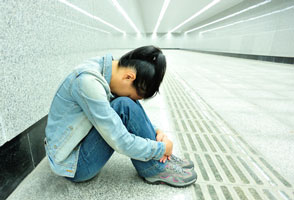 Many researchers in English-speaking countries describe shame as uniformly maladaptive, and guilt as uniformly adaptive. In fact, a quick Google search of the terms pops up headings such as, “Shame is Lethal,” “Why Guilt is Better than Shame,” and “Guilt Versus Shame: One is Productive, the Other isn’t…” And, in fact, research does tend to show that in independence-focused cultures such as much of the USA and Europe, shame and how people cope with shame tends to be more problematic. Yet, a more nuanced perspective of emotions emerges when we begin to consider how emotions function in context. One relevant context is culture. In particular, people from more interdependent cultural contexts, such as much of Asia, tend to see shame as more adaptive and valuable, and the research seems to support their experience. In general, shame in these cultures is not as reliably associated with problems with mental health or social functioning and appears to serve valuable functions.

Why are the effects of shame related to culture?

Things start to get complex as soon as we consider culture, especially when we also mix in languages that are very different from each other. When trying to generalize across cultures, many of our normal distinctions around emotions can break down. Below are three common ways this can happen.

One complication is that exact synonyms for emotion terms from one language sometimes cannot be found in another language, especially when the languages are very different in terms of their historical roots. In the case of shame, the English-language word does not have an exact parallel in many interdependence-focused cultures. For instance, Bedford found that the Mandarin language differentiates between three types of guilt: guilt felt when there has been a failure to uphold an obligation to another (nei jiu), when there has been a moral transgression (zui e gan), and when there has been a transgression of law (fan zui gan), and four different types of shame: shame felt in relation to the loss of reputation (diu lian), failure to obtain an ideal (can kui), personal failure (xiu kui), and social failure (xiu chi). Shame, in Mandarin, even appears to have some prototypically “guilt-like” qualities, such as encouraging reparations. The Chinese character for shame (耻), for example, is comprised of two parts. The part on the left is the character for ear, and the part on the right side is the character for stop. Hence, 耻 seems to suggest the ability to stop a wrong behavior when hearing people criticize you. Perhaps people in more interdependent-focused cultures, such as China, use words that are translated as “shame” in different situations than do people in independence-focused cultures. Given that we come to understand words in terms of the contexts in which they are used, it follows that people from different cultures would then come to associate their words that we translate as “shame” with different qualities, functions and meanings. In summary, we use language to divide the world up into parts and the ways we do this depends on the language we use.

Researchers often describe shame and guilt as a "social emotions," in part because these emotions are more socially derived or interpersonal in nature compared to more "basic emotions" like anger or surprise. More basic emotions are displayed by people who lack even rudimentary language, or by infants even before they acquire. In contrast, social emotions like shame and guilt only arise in their complete form after a child has begun to form a sense of self and has relatively advanced language capabilities. This suggests that social emotions are more intimately intertwined with language, the sense of self, and thereby culture. Thus, the ways in which social emotions like shame are displayed, experienced, and labeled are likely to vary more across cultures, making cross-cultural comparisons more difficult.

In addition, as a social emotion, shame has important functions at the level of the group. What might be adaptive for a particular group (e.g. shame often functions to reduce conflict in groups and promote cooperation/harmony) may be less adaptive for some individuals in the group (e.g., those who are lower in social status or power are likely to experience shame if they try to raise their social status or claim more resources/power, as this is disruptive). Since harmony and cooperation are often highly valued in many interdependent cultures, this may be part of what makes shame generally more adaptive in those cultures. In contrast, more independence-focused cultures might prioritize what is adaptive for the individual over the group. The high value placed on harmony and cooperation may also help explain why, in interdependence-focused cultures, people generally regard shame as more positive.

Shame is intimately linked to our culture-bound sense of self

Researchers also describe shame and guilt as “self-conscious emotions,” because these emotions cause people to reflect upon the self. Yet, different cultures conceptualize the self in different ways. In independence-focused cultures (like most of the USA and Europe), people typically consider the self as discrete and separate from others. Thus, shame may become tied to a sense of an isolated and flawed self. However, in more interdependence-focused cultures, people tend to see the self as more interconnected and relational. The idea of a separate self, divorced from others and private, may not even fully make sense. Psychologist Kelly Wilson, Ph.D. captured this well when he said, “There’s a lot of we in the I.” In interdependence-focused cultures, shame is likely more relational in nature, and thus less likely to reinforce a sense of a separate, flawed self that leads to isolation. If different cultures view the self in different ways, then emotions that relate to one’s sense of self will naturally operate differently depending on these varying contexts.

From a contextual behavioral science (CBS) lens, all phenomena can only be appreciated in context. And shame is no different. When we observe the functions and impact of shame in one context, for example for majority group members in independence-focused cultures, it may look to us that shame is generally a pretty problematic thing that we should try to eliminate. However, it is possible, and even likely, that the exact same phenomena, shame, would function differently when it is operating in a different context/culture. Rather than being culturally arrogant, assuming that how something functions in the context in which we are operating must make it so in other contexts, CBS challenges us to always ask the follow-up question: “And how does it work in this other context?”

Note: A special thanks to Russell Anderson and Clare Zhao, PhD students in the University of Denver Counseling Psychology program, whose conversation on this topic inspired this post.