Shame and substance use are not related: Surprising results from the first ever meta-analysis of this relationship

Many researchers and theorists discuss shame as an inherently negative emotion that is always problematic. In this view, shame involves negatively evaluating one’s self and is often contrasted with guilt, which involves negatively evaluating one’s behavior. According to this view, shame motivates people to avoid situations and withdraw from others so that they can protect the “fragile, bad” self.

Cyclical models of substance misuse follow these ideas and hypothesize that substance use allows people to escape from and avoid painful feelings of shame, but also leads to behaviors that trigger shame.

In contrast, functional evolutionary views of emotion hold that shame evolved to alert individuals to threats to social belonging. Accordingly, shame occurs in response to situations involving failures of competency, or failures to conform to moral guidelines and social norms. From this perspective, the distinction between shame and guilt is often not as clear as from the previous view of shame.

While acknowledging that shame is often maladaptive, functional evolutionary views acknowledge data showing that shame may motivate cooperation, self-improvement, or altruism. According to this model, shame can be either helpful or harmful, depending upon the person and/or the context in which it is experienced. 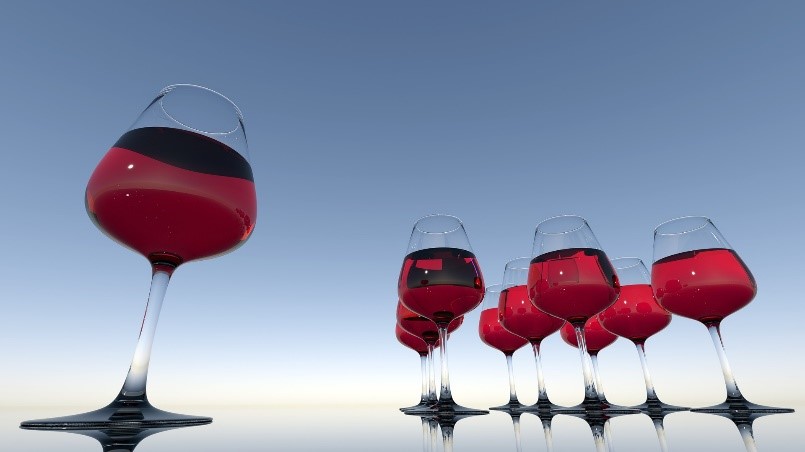 This finding runs contrary to what the vast majority of researchers would predict. So, we delved further into the studies to examine what might underlie this ‘null’ effect.

We discovered a couple of important patterns.

Secondly, when it came to alcohol, where people drank mattered. Shame tended to predict drinking at home/in solitude but not away from home/with others. Given that shame involves the perception of one’s self as bad and the fear of negative evaluation from others, shame appears to motivate people to withdraw from others and drink alone. Drinking alone may enable people to hide from the sense of rejection and separation involved in shame.

It seems that the motivation behind social drinking is not largely shame-driven, but solitary drinking does appear to be shame-driven, at least for some people.

This review has a couple of clinical implications. First, shame may be more likely to play a role in maintaining substance use for people who tend to drink alone, rather than for people who drink socially. Thus, with solitary drinkers, it’s particularly important to assess how shame might influence their drinking or risk of relapse. In contrast, with solitary drinkers, it’s likely that shame will not be a primary trigger for their drinking or substance use.

It also appears that shame is not always problematic. Thus, it’s important to look at how shame functions for your client. Giving the message that shame is normal is important so that you don’t exacerbate people’s tendency to feel shame about their shame and be self-critical about their self-criticism. Giving the message that shame needs to be eliminated may actually make shame more problematic, and pathologize shame that isn’t hurting the client.

You can download a pre-print of the article here.