In this month’s post, we’ll turn the spotlight onto a paper that recently came out of our own center. A special thanks to all of the clients who, by choosing to come to our center, support our scientific research, and to all of the participants who donated their time to this project – our research wouldn’t be possible without people like you! 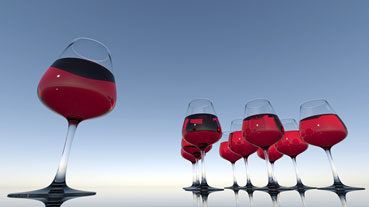 Shame (feeling bad about yourself) and guilt (feeling bad about your behavior) have different relationships with drinking. Yet, the nature of these relationships remains unclear and, oftentimes, contradictory. In order to help disentangle how shame/guilt are related to drinking, we assessed the emotions in three different ways. Participants reported: 1) how they would respond to specific situations thought to trigger guilt/shame (e.g. breaking something at work), 2) how much shame/guilt they generally feel, and 3) how much shame/guilt they felt in the present moment. Additionally, participants reported how frequently they drink, and the extent to which they experience problems as a result of their drinking, such as injuring someone as a result of drinking. In general, both shame and guilt were related to drinking-related problems, but not drinking quantity. Compared to measures of guilt, measures of shame were more strongly associated with drinking problems, suggesting that shame, in particular, may play a role in problematic drinking. In fact, the measure of generalized shame predicted drinking problems after accounting for all other measures of shame/guilt.

Our findings suggest that researchers should distinguish between different measures of shame/guilt and that shame is more influential in problematic drinking than guilt. In addition, it supports the idea that clinicians should opt for non-confrontational (i.e. non-shaming) treatment approaches when helping people who have a drinking problem.

Luoma, J. B., Guinther, P., Potter, J., Cheslock, M. (in press). Experienced-Based Versus Scenario-Based Assessments of Shame and Guilt and Their Relationship to Alcohol Consumption and Problems. Journal of Substance Use and Misuse.