Like many people, public speaking has been a struggle for me. When I first started out, I wasn’t simply anxious about public speaking, I was really bad at it. And I have the evidence to prove it. After the first psychology course I ever taught in graduate school, I was told that I had the worst evaluations in the history of the program. The problems continued in my role as a psychologist when I started giving workshops. I would bore the audience, criticize people, and be confusing. It was excruciating. I knew I was bad, but I did know how to be better. I kept trying, but I felt like I was failing again and again and again. The hours, and often days, after workshops would be filled with shame and self-loathing. As I think back on that younger me who went through that, I feel sadness for how much pain he endured. That younger me didn’t know any better at the time and was only doing his best.

I didn’t know how to ask for help and I didn’t think others would be able or willing to help me.

I didn’t know how to take it one piece at a time, learning in manageable bits.

I repeatedly bit off more that I can chew, forcing myself to take on things that I wasn’t ready for. I followed the rule, “if it’s a hard thing, it’s the right thing.”

Today when I speak in public, it generally is accompanied by less shame and self-criticism and even enjoyment sometimes, but it’s taken a long time to get there.

There was a particular moment, only a few years ago where I knew things were shifting for me. For a year or so I had been practicing, on a semi-regular basis, a type of mediation called lovingkindness meditation. This meditation practice is intended to foster a sense of kindness and an intention to be loving towards oneself and other individuals. The core of this practice is connecting with an intention of kindness and repeating phrases to oneself, such as, “may you be kind to yourself,”” may you be well,” “may you be safe and at ease,” or “may you feel loved.”

Especially at the beginning, the practice had felt somewhat cold and removed. I typically didn’t feel much in response to the practice. As I’ve used lovingkindness meditation with my clients, I’ve found that many experience the same thing. When they start practicing lovingkindness or other compassion-focused meditations, they often don’t feel it. It takes time for it to sink in.

There’s a common saying that goes, “if something is worth doing, it’s worth doing right.” I have never liked that saying much. And it doesn’t seem to reflect my experience. Instead, the saying, “if something is worth doing, it’s worth doing poorly at first,” reflects my experience more closely. When we try something new, we usually don’t do it very well. And getting started and maintaining motivation are often the hardest parts of learning anything new. The idea that we need to do it “right” often interferes with learning, whereas the idea that we will do it poorly, and that this is normal, helps make it easier. The mistakes involved in learning anything are hard enough. We don’t need the extra layer of expectation, comparison, and judgment that our minds often give us (especially those of us who lean toward self-criticism).

Practicing lovingkindness can be like this. For people who are highly shame prone and self-critical, who need lovingkindness the most, the practice often does not go well at first. It can trigger anxiety or increased self-criticism. It can feel empty or boring. We may push ourselves too hard or ignore the ways in which we need to adapt the practice to our own needs. And yet, even if it goes poorly at first, the journey towards kindness and compassion is a worthwhile one, especially for those stuck in shame, like I was, and still am at times.

Learning to be our best friend is exactly what we need.

But then one day, it starts to change.

For me it happened one morning when I was preparing for a workshop, the dreaded public speaking.

On this day, my mind sent me images of the audience looking at me with suspicion, doubting what I had to say. I imagined they had high expectations of me that I could never meet. I imagined boring them to death.

In reaction, I tried to reflect on what they were actually likely to be experiencing. I imagined that they probably wanted to support me and they wanted me to succeed (at least most of them). And I connected with how many of them were there to see me, specifically me, and how I have this opportunity to be of service to them.  I imagined looking into the audiences’ eyes while they are wishing me the best. Wishing me success. It was in this moment something happened that let me know things had started to change for me. It may seem like a little thing, but for me, it was fundamentally new.

Unbidden, for the first time in my life, a voice showed up that said, “It’s OK kiddo.”

This voice wanted the best for me. It spoke in a kind tone. I’d never heard an internal voice like this before.

Gratitude washed over me. Thankfulness for all my teachers who helped me get to this place. For my brother who showed me such kindness and compassion before his death. For my partner and her years of warmth and love. 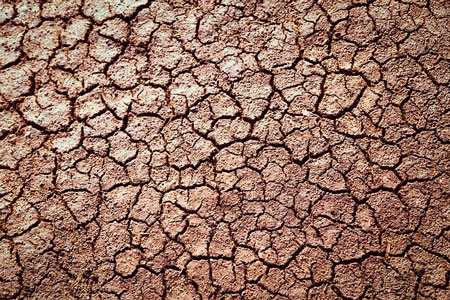 My good friend Kelly Koerner once told me a metaphor that I think about often. She said that many of us can be like the dry, cracked earth left behind when a lake has long been deprived of water. The earth is so thirsty, so deprived that when the rain first starts to fall on that earth, the water just sits on top. It doesn’t soak in. It’s only after the rain falls for a while that it starts to soak in and the earth begins to soften again.

“It’s OK kiddo” was the moment the warm rain began to soak in. The lovingkindness meditation was the warm rain.

For those who suffer from shame and harsh self-criticism, I wish you a chance to feel that warm rain of kindness and compassion.

You can learn more about lovingkindness meditation at this link.